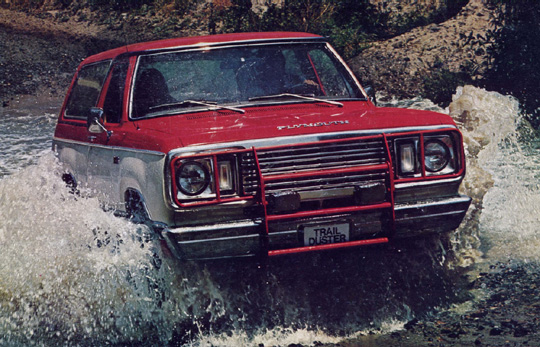 
The Plymouth TrailDuster was usually powered by a Chrysler LA engine, the most common was the 318 in (5.2 L) with the 360 in (5.9 L) and even big block RB 440 in (7.2 L) engines in the early years. As a full-size sport-utility, it competed with the Chevrolet K5 Blazer and the fullsize Ford Bronco. Chrysler also produced a Dodge version from 1974-1993. Visit www.dodgeramcharger.com for more information on the Dodge Ramcharger.

Section contains a collection of featured Plymouth Trailduster's and other Plymouth models submitted by visitors of the Mopar Enthusiast Network.


Own A Plymouth Trailduster? Home

We are always looking for Plymouth Trailduster's to feature on our network. To participate you must own a Plymouth Trailduster. It can be your daily driver, your current project... It does not matter WE WILL POST IT! Plus your ride will also be featured in next months Mopars Of The Month. Submit or Update your Plymouth GTX. 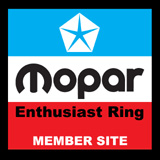 The plymouthtrailduster.com site is an independently operated Mopar enthusiast Internet site and is not affiliated with or sponsored by FCA. Dodge, Chrysler, Plymouth, RAM and Mopar are trademarks of FCA and are used only for descriptive purposes.